Target guy moved just after I took the photo so if I’d checked the time and decided to wait until 8.00 to make it that hour’s photo I would have missed him.

Take the opportunities as they come. You might not get a second chance.

I thought I’d photograph the construction workers in Collins Street for this hour. They’re a pretty easy target because they’re there all day. I didn’t do it right away because there were so few people about I would have been really obvious. They would have seen me. I wandered past them and into Centrepoint where I got the idea of photographing a shop worker through the window of a shop before it opened. That’s not creepy at all, is it. A lot of the photos I’ve seen from others have this viewpoint.

The lady in the optical shop was looking right at me as I walked past and the lady in one of the clothes shops was too far away. I kept walking out into the laneway where I saw a guy on some steps who looked like he was talking to himself. I was tempted to take a photo but felt a bit intimidated by his appearance and the fact that he and I were the only two people in the lane, so I was also tempted to get out of there really fast. Get-me-out-of-here me won that one.

I ended up in the Cat & Fiddle Arcade and finally found my shop worker through the window photo. She was mopping the floor. 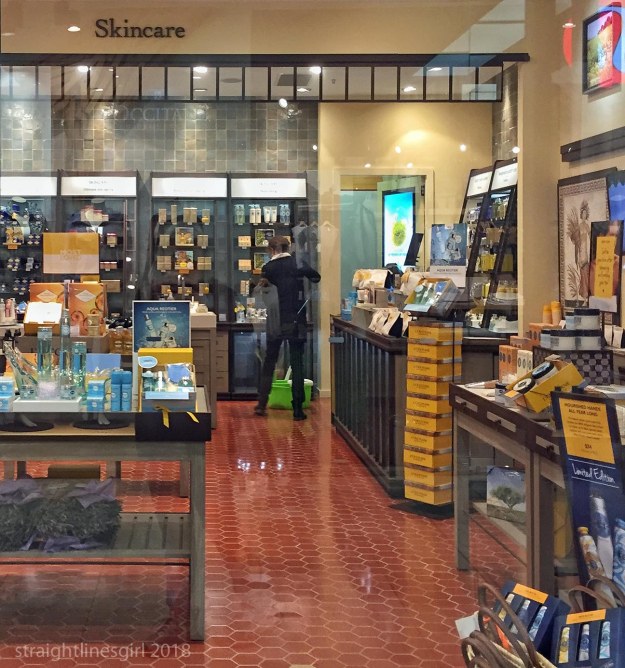 I thought I might get some good photos if I sat in the mall and waited for people to walk past. I don’t sit still well if I’m not doing anything. I always have to be up and exploring. It’s a tendency I know well and I suppose if I really want to make some halfway decent photos there will be times where I’ll have to get comfortable being in the same place for a length of time, waiting.

I didn’t do this today, however. I took a couple of photos of people passing by as backups and left. 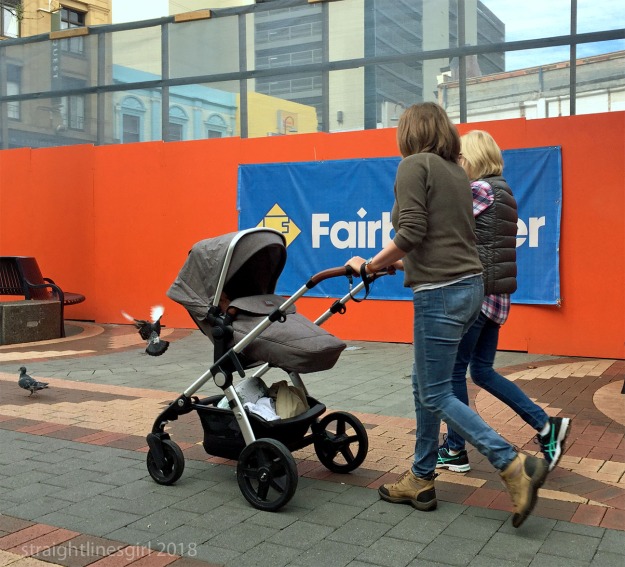 I had to leave town by 9.30 to meet Kramstable and take him to his school fair. This was going to be the challenging part as I wouldn’t be in town so I’d somehow have to work that event into the project.

On the way to meet him, I went back to Salamanca Market and found a sad example of the human condition in Hobart at the moment. People were setting up what I later found out was a rally and expo in relation to homelessness in Hobart. We have a situation at present where there is a lack of housing that has resulted in people setting up a “tent city” at the showgrounds because they have nowhere else to go. I couldn’t stay, so I made this my photo for the hour in case I didn’t get a chance to go back later and find out more. 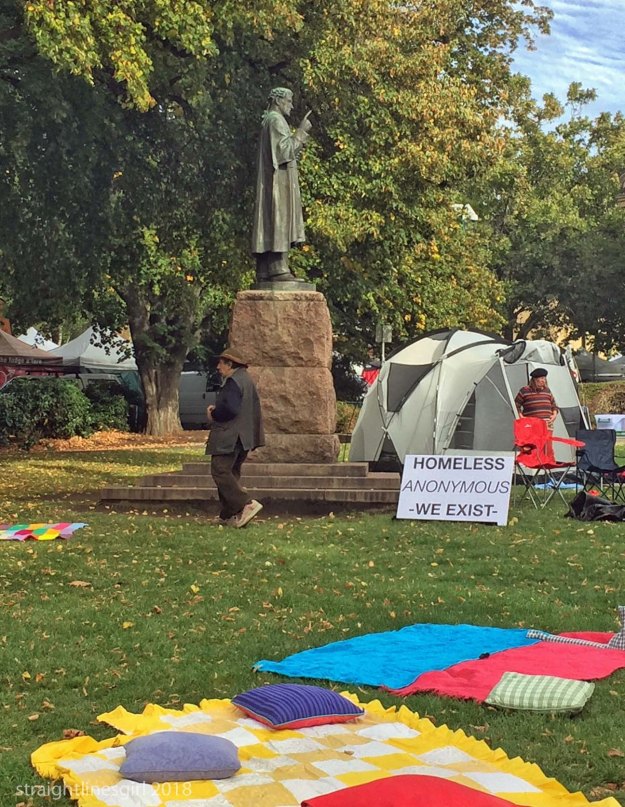 I was a bit early for the rendez vous with Kramstable so I took some time while I was waiting to jot down some notes about how the day was doing, any ideas I’d had.

I’d done a lot of walking by this point; my stope count was 22,651, which is more than I do most days. I hadn’t been bored at all. I’d said I’d go home when I got bored, which I jokingly suggested might be lunchtime, but I couldn’t see that happening.

I wrote that I’d been walking among and around people, but not with them. I think what I mean by that is I felt like I was apart from everyone else. They were walking around doing their thing and I was walking through them observing them. 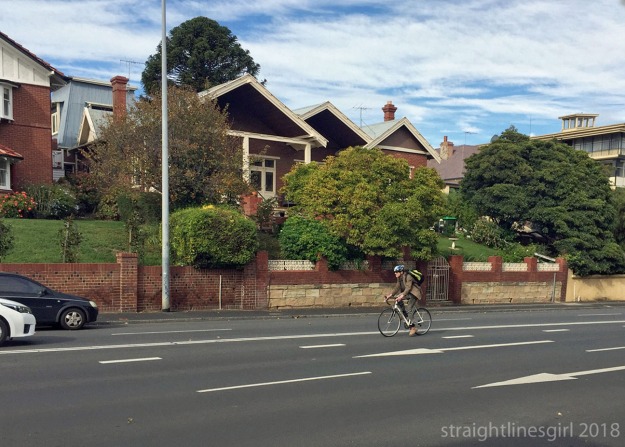 I took a photo of the guy running the jumping castle and the bouncy worm, just in case I didn’t get back into town before 12.00. School fairs are full of humans so there were probably heaps of things that would have fitted into the project but I also had to be mindful that a lot of the humans were other people’s children, who I’m not going to be posting pictures of on the internet. Bouncy worm guy seemed like a good subject though. As it turned out Kramstable’s commitment was running behind schedule so my plan to get back to town for this hour didn’t happen. 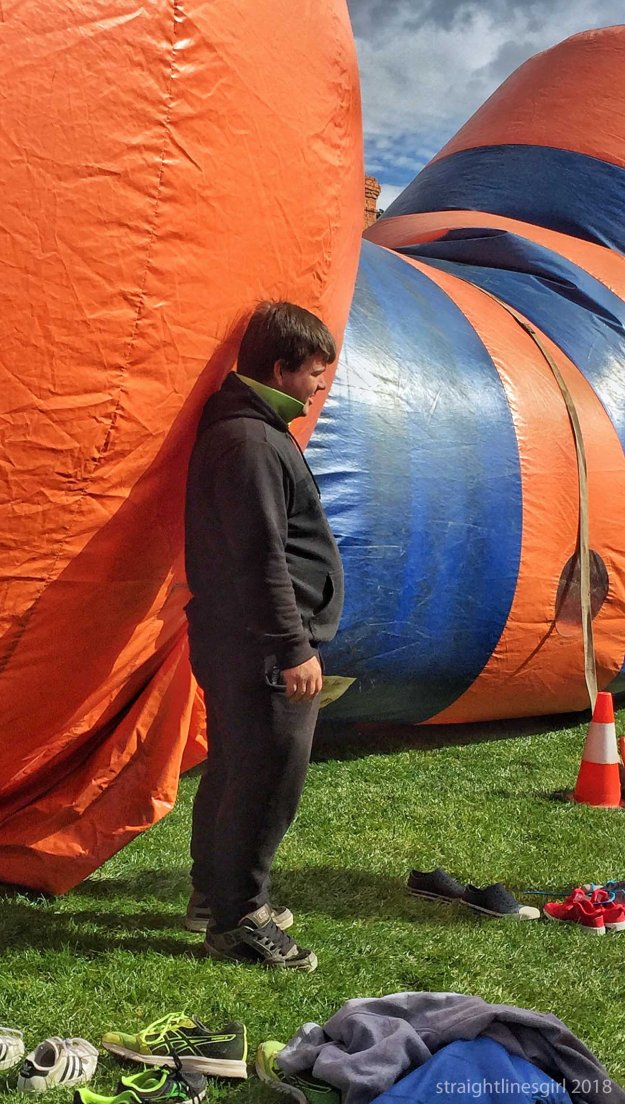 I was really hungry because I hadn’t had breakfast, and I needed to get back to town. My plan was to take an early photo and then have lunch somewhere and it wouldn’t matter if I went over into the next hour because I’d already have the picture. 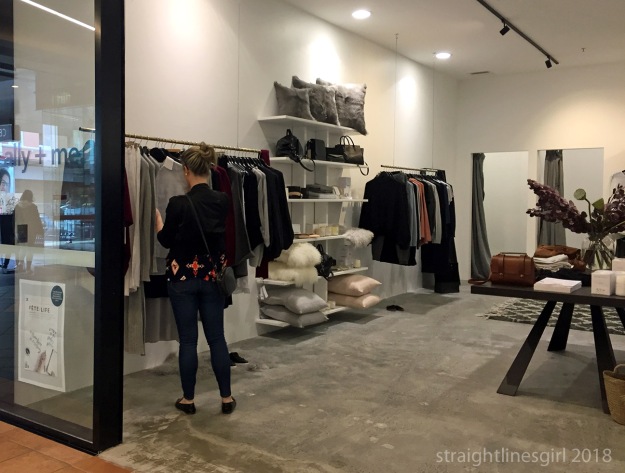 I couldn’t resist photographing a lady looking at clothes in a shop that I was walking past, and I finally got my construction worker photo. 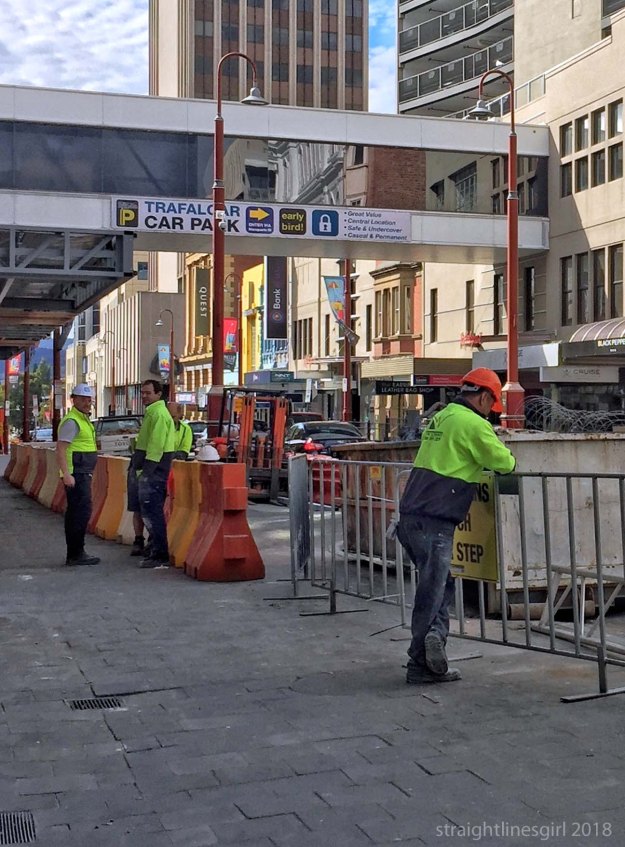 Thankfully where I had lunch had water in the fridge so I didn’t have to buy water. That’s definitely a lesson for next time. Take a lot of water. I had 1.5 litres with me but probably drank three litres over the day.

After poking round in a bookshop for a while, I started wandering again with no real idea of what to do in mind other than taking a photo of the people lined up outside McDonald’s in the Cat & Fiddle. 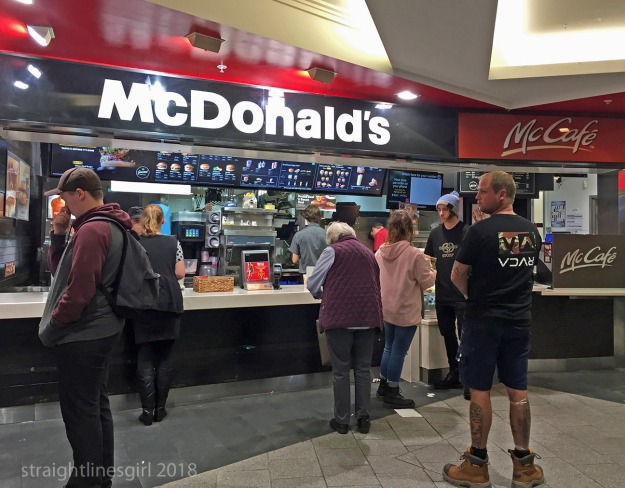 I wandered through the mall and into Wellington Court, where I saw a guy come out of the stairwell of Argyle Street car park. For a long time, I’d wanted to go up to the top level to take photos of the city rooftops. This seemed as good a time as any, as it’s unlikely there would be as many cars there as there would be during the week. I had my other camera with me for the other project I was photographing, so I got that back out and spent some time wandering and photographing the views. I finally had to remind myself that I was here to photograph people in the streets, not buildings, so I left.

I wanted to go to the museum so I started in that direction. On the way, I managed to stop a lady driving out of the car park who had left her book on top of her car. Community service gold star.

As soon as I got there I saw a lady sitting outside the museum looking at her phone. It was better than the Macca’s line photo. 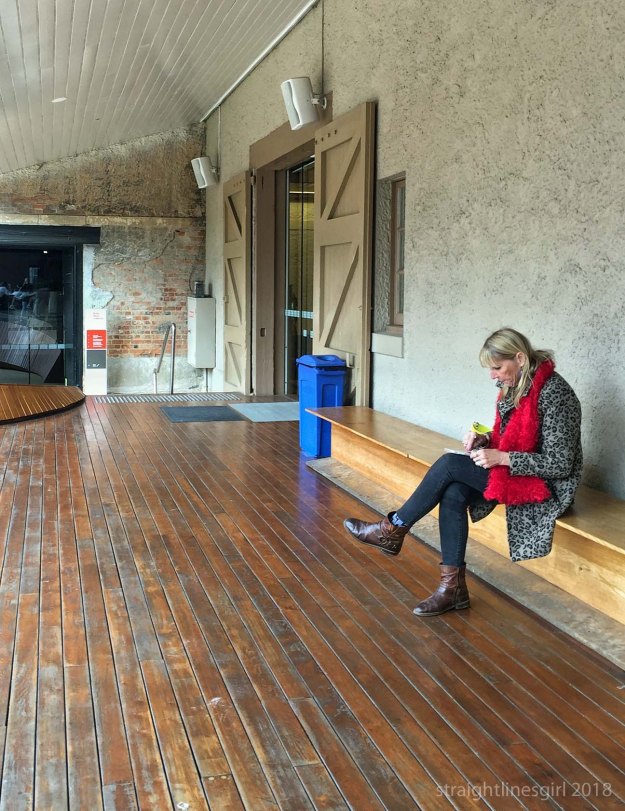