I was really looking forward to our first port of call today, having seen photos from people who had been there on instagram yesterday. This was the Riverfront Motel at Rosetta.

Riverfront Motel from the river side

Built in the 1960s in classic mid-century style as a stopover for travellers on the newly built Brooker Highway. Major extensions to the dining room were completed in 1970, with a bar, function space, dance floor and additional story added. Now owned by the Beck family, the motel is gradually undergoing sensitive refurbishment to retain many original features, including a large mid-century guest house and Glenorchy’s iconic Royal Arch.

The Royal Arch is brilliant. It was built in 1954 by the EZ Company to celebrate Queen Elizabeth’s visit to Tasmania. It was meant to represent the industrial nature of the Glenorchy area, and was funded by local businesses including Cadbury. It was temporarily installed at the lower end of Liverpool Street for Her Majesty’s visit and then moved to the Berriedale Reserve. In 1961 it landed at the motel and has been there ever since.

There’s a project underway to restore it being undertaken by the Beck family and Glenorchy City Council, which includes tying to find out what happened to the crown that was originally on top and the “Municipality of Glenorchy” sign in the middle.

We got to see the reception and bar/restaurant areas and one of the rooms.

Corner of the restaurant 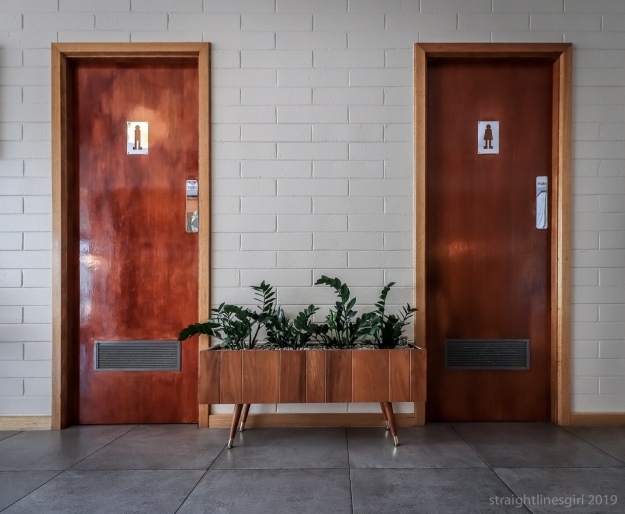 Behind the reception desk 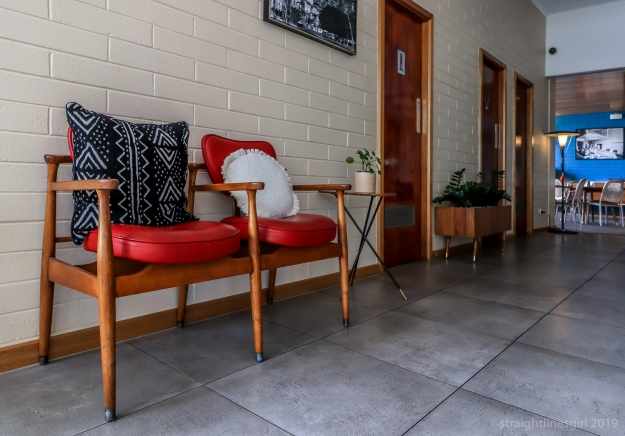 Check out the bathroom floor! 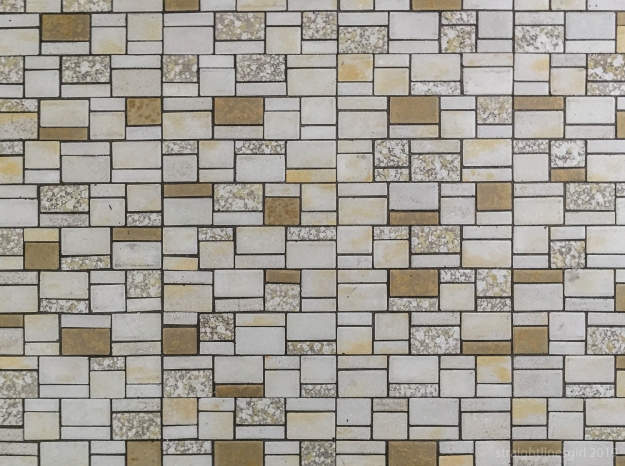 Bathroom floor in one of the rooms

The mid-century guest house, aka the River House, is an orange brick house located next to the motel and it is so cool! A shoes-off affair, it has four bedrooms, a funky kitchen, a central courtyard . . . and it really would be fun to stay in. 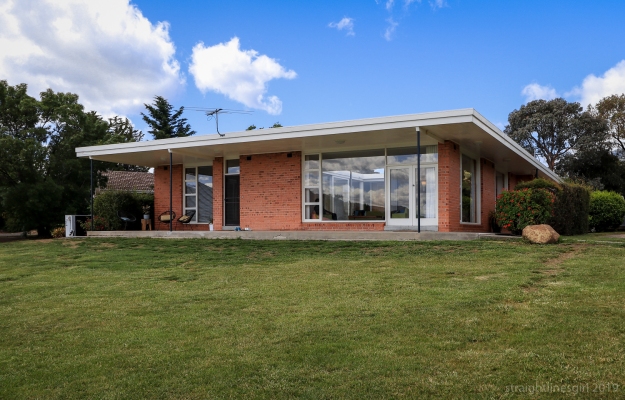 No bookshelves though so I don’t think I could live there . . . 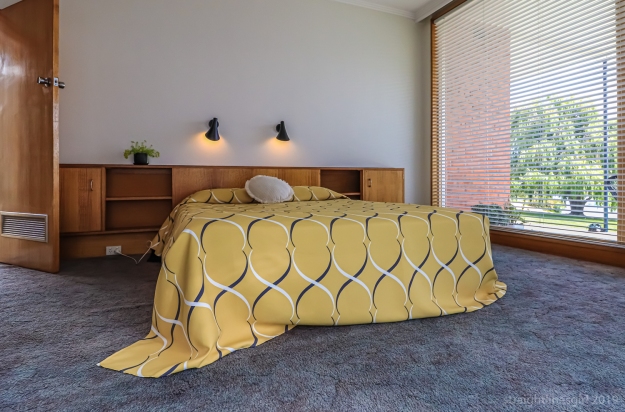 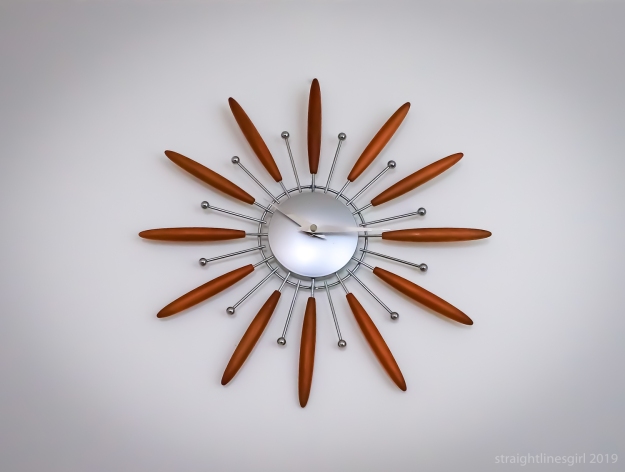 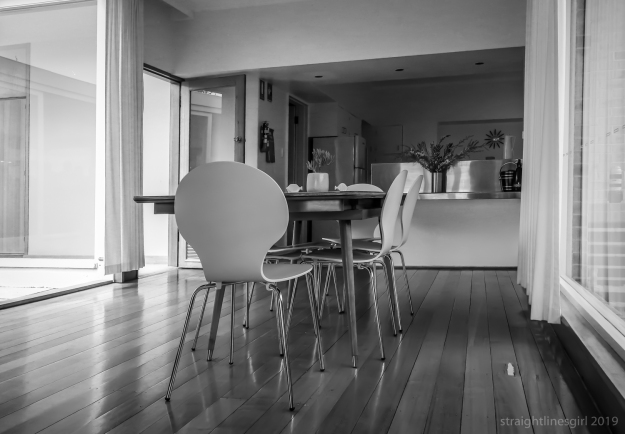 How cool are these chairs! 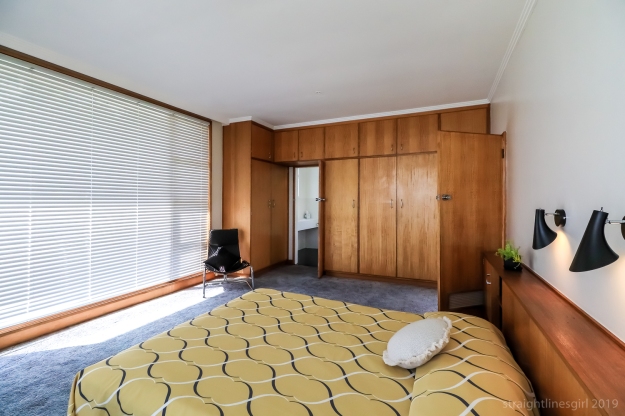 And back to the bedroom